Before she entered the room, the young home school mom thought she had come to the wrong place. Peering in through the window of the door in the meeting room, she observed other ladies that she felt looked the part. One woman was shifting uncomfortably in her chair, dressed in a suit with a briefcase on the floor beside her. Another woman with a very short haircut and flawless make-up and nails was typing away on her laptop. A younger lady in jeans and a T-shirt was hurriedly texting someone on her phone. And, then there was Katie, the home school mom, dressed in her jumper and holding her notebook and pen. She did not want to go in. She wasn't quite ready to admit that she was very much like the others, that she struggled with some of the same thoughts. She then remembered the discussions she had with her husband, the Scripture she had been reading and the gentle prompting of the Holy Spirit that led her to this place. She scolded herself for looking down on the other women she saw and realized that she did not know their stories. Each one of them was there to support one another. Katie asked the Lord to forgive her for judging the others, took a deep breath and walked into the room.

This was Katie's first time at a meeting like this and she felt the butterflies in her stomach growing more restless. Would she be able to utter the words that the other ladies around her were saying? All she had to do was add her name, and the rest of the words should come easy. She continued to hear each woman introduce themselves and then admit that they too had bought into the same lie. After what seemed like hours, it was finally Katie's turn. With as much courage as she could muster, she said, "Hi, I'm Katie...and I'm a feminist."

Okay, to my knowledge, I don't believe there actually is a "Feminists Anonymous" although in the blogosphere, there are a few sites that are either committed to disclosing the lies of feminism with the name of "Feminist Anonymous" or they are committed to supporting feminism. But, what if there was? Would Christian women go to the meetings? Would we finally admit that all of us struggle with feminism? 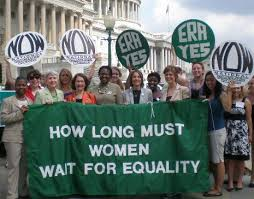 Growing up in the 70's and 80's, I heard about feminism and the women's liberation movement. As a Christian, I saw how destructive it was to our society and to the family, but when I thought about feminism, I only thought of the extreme side of it: Those who fought against God's design for women. Those that wanted to denounce the differences between men and women. Those who campaigned for "equal pay and equal treatment", running over anyone that was in their path. Those who rejected the importance of marriage and family and instead embraced a career and a life unto themselves.  Those who fought for the right to murder the unborn.  I only thought of feminism as something that a non-Christian would support. I mean, what Christian woman would be feminist?

The problem with only seeing feminism as an extreme idea or as something that only an unbeliever would support is that we place the blame on others and do not see that we are all guilty of this evil thinking.  And, I say evil, because the roots of feminism go back to Eden.  When Eve listened to the Serpent who questioned what God had said to the first couple, she ceased to believe God.  She denied the authority that God had over her and the natural result of this was to rebel against the authority that God had placed over her through Adam.  God's design of man's headship over woman was not one of cruelty.  It was a beautiful thing that ultimately pointed to the headship that Christ has over His Church.  We are all subject to authority.  The head of man is Christ, the head of woman is man, the head of children are parents, but we are all subject to the Lord Christ.  When we fight this, we fight God.

As I have pointed out, feminism has its roots from the Garden of Eden, but we have seen waves of feminism throughout our history.  During early Bible times, the times of the Roman Empire, the beginnings of the "women's movement" in the late 18th century and up to now, there has been feminism weaved into the culture.   Jennie Chancey from Ladies Against Feminism has a very helpful and concise article explaining the beginnings and meanings of feminism.http://www.ladiesagainstfeminism.com/theme-articles/what-is-feminism/


Also, Matt Walsh has written from a different angle in that he states men and women are not equal. http://themattwalshblog.com/2013/09/02/men-and-women-are-not-equal/ Yes, we have all been made in the image of God.  We all have value which comes from the Lord and as Christians, we are "fellow heirs of the grace of life."  I Peter 3:7  But, we are not equal, meaning, we are not the same.  God has designed us with different roles.

So, maybe after taking a closer look at the roots of feminism and witnessing how it has permeated into today's culture, we can better understand how it has affected all of us.  It has definitely influenced us in one way or another, but do we see that it is a constant struggle for even those of us who know the Lord?  Do we see that as Christians we need the work of the Holy Spirit to fight the desire that we have to rebel against God's design for us?

It is so easy to point the finger at those who look or act the part of a feminist, but do we wives see that every time we disrespect our husbands, whether it's in front of our children, other people, or even behind our husband's back, we are dishonoring the Lord?  We need to be careful even when words are said in jest. What we say to and about our husband can greatly affect future marriages. It can hurt our husband and it can affect how our children look at him.  Being disrespectful is a terrible example to our daughters as to how to act towards the man that God gives them one day.  I am ashamed at how many times I have done this very thing.  There have been times when my husband was reminded of passages from Proverbs where it says,  "A constant dripping on a day of steady rain and a contentious woman are alike",(Proverbs 27:15), or "It is better to live in a corner of a roof than in a house shared with a contentious woman",(Proverbs 21:9).  No, our husbands do not always act in a way that pleases the Lord.  They sin.  They hurt us, but we are to live in forgiveness, lifting them up to the Lord each day.  We need to share when we are hurt or when we struggle to do as they ask, but we can do this in a way that is not hateful.  God did not command that we respect our husbands when they deserve it.  Turn that around.  God commands the husband to love his wife and to give himself up for her.  If we were loved only when we deserved it, we would not be loved very much.  God loves us unconditionally and He expects us to love our spouses in the same way.  "That's next to impossible," you say.  "You don't know MY husband!"   No one understands the relationships we have with our husbands, but, God's Word does not change.  When we live according to His Word, He is honored, our marriage and our family functions in the way that God intended and the Gospel of Christ is proclaimed loud and clear.  When we are out and about, people notice that our lives are different.  Many times, this opens up excellent opportunities to share the love of Christ with others.

This is an area in my life that can be a huge challenge at times.  Just as an alcoholic cannot go back to taking a drink from time to time, I as a recovering feminist cannot go back to this line of thinking.  I must die daily to myself and to my desires for control and to submit my will to Christ.  This can only come from the power of God's Holy Spirit.  I must not expose myself to feminist thinking that is generated so incessantly in movies, in music or in books.  I need to be careful who influences my life.  I must be in God's Word.  I must be on my face before Him and I must step out on faith during those times that feminism rears its ugly head.  I pray that God will help me to embrace His design and not my own and I pray that my marriage reflects Christ and His Church. I want my life to always give glory to Him. 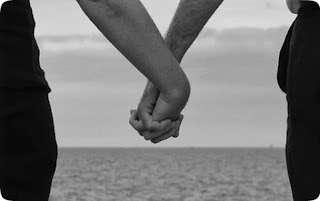 This blog is a collection of stories, experiences and just every day happenings in the life of one home school mom who is learning how to love and disciple her children for the glory of God. My prayer is that my writing will encourage other moms in this wonderful journey of bringing our children up in the fear and admonition of the Lord. So, sit back, pour a cup of something yummy and take a short breather in between all of the busyness of your day. "Soli Deo Gloria!"

Country of the Week

Pastors I Listen to Via Podcast or CD

Home school resources: The Bible, American Dictionary of the English Language by Noah Webster 1828, The National Geographic Atlas, World Book Encyclopedias, Easy Grammar, First Language Lessons for the Well-Trained Mind, Math-U-See, A Reason for Handwriting, Pathway Readers, Nature Readers, Teach Your Child to Read in 100 Easy Lessons, Apologia Science, Sonlight Read-alouds, Latina Christiana, Roman History, Ancient Civilizations and the Bible, The Light and the Glory for Children, The Prairie Primer, Beautiful Girlhood, Keepers of the Home, Contenders of the Faith, keeping house and learning outside on the farm.